Sam Stosur has had to delay her comeback on North American hard courts as she continues to battle a stress fracture in her playing hand. 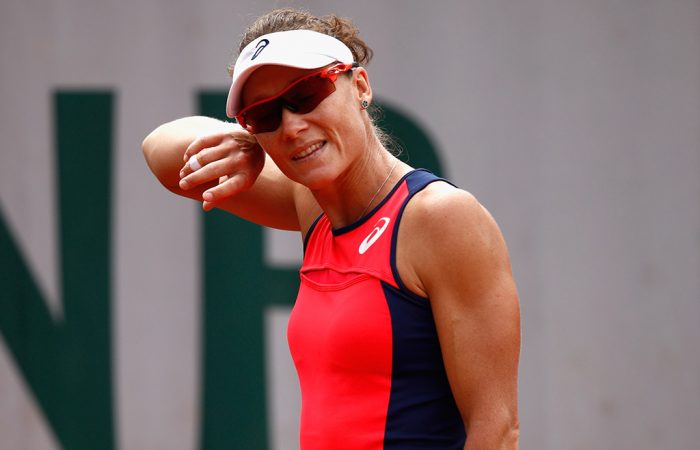 Sam Stosur, who hasn’t struck a ball since going down in the fourth round at Roland Garros to Jelena Ostapenko, has had to delay her comeback.

Stosur was leading the Latvian teenager by a set before the injury began to affect her play, contributing to a three-set defeat.

She since skipped the entire grasscourt season and then withdrew from the WTA event in Washington DC.

“It’s certainly taking me a fair bit of time to get back out on court. I was hoping to be pretty much in full training and everything by now, but I’ve had to take another week off,” Stosur told SEN Radio’s The First Serve on Sunday night.

Read more about what Stosur had to say at samstosur.com.