Sam Stosur, Nick Kyrgios and Daria Gavrilova have all landed in brutal sections of the draw at Rome's Internazionali BNL d'Italia. 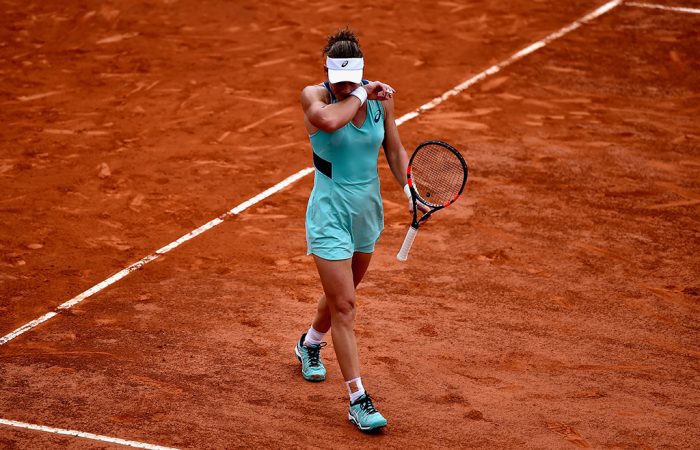 Sam Stosur has received a horror draw in Rome as the claycourt season continues this week in the Italian capital in the build-up to Roland Garros.

And the news wasn’t so good for fellow Australians Nick Kyrgios and Dara Gavrilova, the latter drawing 10th seed and last year’s Rome finalist Madison Keys in round one.

Should he get past the German, Tomic would most likely face a second-round encounter with No.11 seed Lacas Pouille, who takes on Sam Querrey first up.

Stosur will in her opening match take on Anastasia Pavlyuchenkova, who beat her at the same stage of this tournament two years ago and who has won their past two encounters.

Should she clear that hurdle, the Queenslander would next face either Anastasija Sevastova – who beat her recently in Stuttgart – or Irina Camelia Begu, who ousted her a few weeks earlier in Charleston.

Awaiting in the third round would most likely be the in-form Simona Halep, who beat Stosur just last week en route to the title in Madrid.

Stosur’s best result in the Eternal City came back in 2011 when she advanced to the final and fell to Maria Sharapova.

Sharapova, back in Rome for the first time in two years, is Stosur’s projected quarterfinal opponent.

Gavrilova enters the tournament having come through two rounds of qualifying; the world No.33 forgot to enter the tournament and therefore had to drop back to the qualifying event in a bid to secure her place.

After beating Aliaksandra Sasnovich and Bethanie Mattek-Sands, Gavrilova will attempt to beat Keys for the first time after losing to her in Fed Cup last year.

In Rome in 2015, Gavrilova advanced to the semifinals and last year reached the last 16 with a win over Halep. Her career win-loss record at the claycourt event stands at a sparkling 10-2.

Kyrgios, unseeded for the first time at an ATP Masters event since Rome 12 months ago, opens against Spaniard Roberto Bautista Agut, ranked 20th.

Should he progress, Kyrgios next face the winner of the match between in-form 15th seed Pablo Carreno Busta and Gilles Simon, before a likely third-round meeting with world No.2 and four-time Rome champion Novak Djokovic.

Kyrgios has beaten Djokovic in their two career meetings – both this year – in Acapulco and Indian Wells.

A fifth Aussie, Ash Barty, came close to joining her compatriots in the main draw in Rome.

But after getting past Zheng Saisai in the first-round of qualifying, Barty in the final round went down in three tight sets to world No.50 Jelena Ostapenko.

Tsitsipas Loses Against Kyrgios, But Well-Positioned For Rest Of 2022

From Farmer To Thrill Seeker: The Life Of Tommy Paul