#NextGenATP Stars Nominated For Newcomer Of The Year In 2022 Awards

They are among the brightest young stars on the ATP: Ben Shelton, Chun-Hsin Tseng, Jack Draper, Jiri Lehecka and Holger Rune. And all five are nominees for the Newcomer of the Year in the 2022 ATP Awards, to be announced later this month.

Selected by players, the award goes to the #NextGenATP player who entered the Top 100 for the first time in 2022 and made the biggest impact on the ATP Tour this season.

Ben Shelton, 20
From NCAA college tennis to the ATP Challenger Tour and the ATP Tour, Shelton made his mark at every level in 2022.

The American clinched the prestigious NCAA singles title in U.S. college tennis in May, representing the University of Florida. That achievement kick-started a meteoric rise for Shelton, who subsequently earned a 35-8 record in Challenger events either side of upsetting Lorenzo Sonego and Casper Ruud to reach the third round of the Western & Southern Open.

That run in Cincinnati prompted Shelton’s decision to turn professional prior to the US Open in August, and the 20-year-old has barely stopped winning since. He made four Challenger finals in six tournaments to round out his year, and in November became the youngest player in Challenger history to lift three trophies in as many weeks. Having started 2022 at No. 573 in the Pepperstone ATP Rankings, Shelton ended it a career-high No. 97.

“It’s definitely gone quick,” said Shelton after finishing his season with 15 straight wins. “I’m going to take this offseason and slow down a bit, enjoy myself, and also focus on some things I can improve.”

Chun-Hsin Tseng, 21
Perseverance paid off for Tseng in 2022.

After plenty of hard graft and toil in his bid to make his mark at the top level, the 21-year-old enjoyed a breakthrough season this year. A series of strong performances on the ATP Challenger Tour combined with the first three ATP Tour match wins of his young career propelled Tseng more than 100 spots to a year-end No. 86 in the Pepperstone ATP Rankings.

“For me it was an incredible journey because when I was around 280 or 300, I was stuck there for two or three years,” Tseng recently told ATPTour.com. “For me it was tough, but suddenly [this year] I became Top 100. I was very surprised because at that moment I didn’t really expect that I would go that fast.”

Tseng reached three ATP Challenger Tour finals between February and April and came away with the trophy in Bengaluru and Murcia before notching his maiden ATP Tour main-draw victory in August against Nick Chappell in Los Cabos. His performances ultimately earned him a spot at November’s Intesa Sanpaolo Next Gen ATP Finals, where he was the first Asian player to compete at the 21-and-under season finale since Hyeon Chung in 2017.

“There was a time I was always confused on court and made some wrong decisions and things just didn’t go well,” said Tseng of his journey to the Top 100. “But I just keep trying to work hard every day and try to improve myself because I believe that will bring me to the top level.” 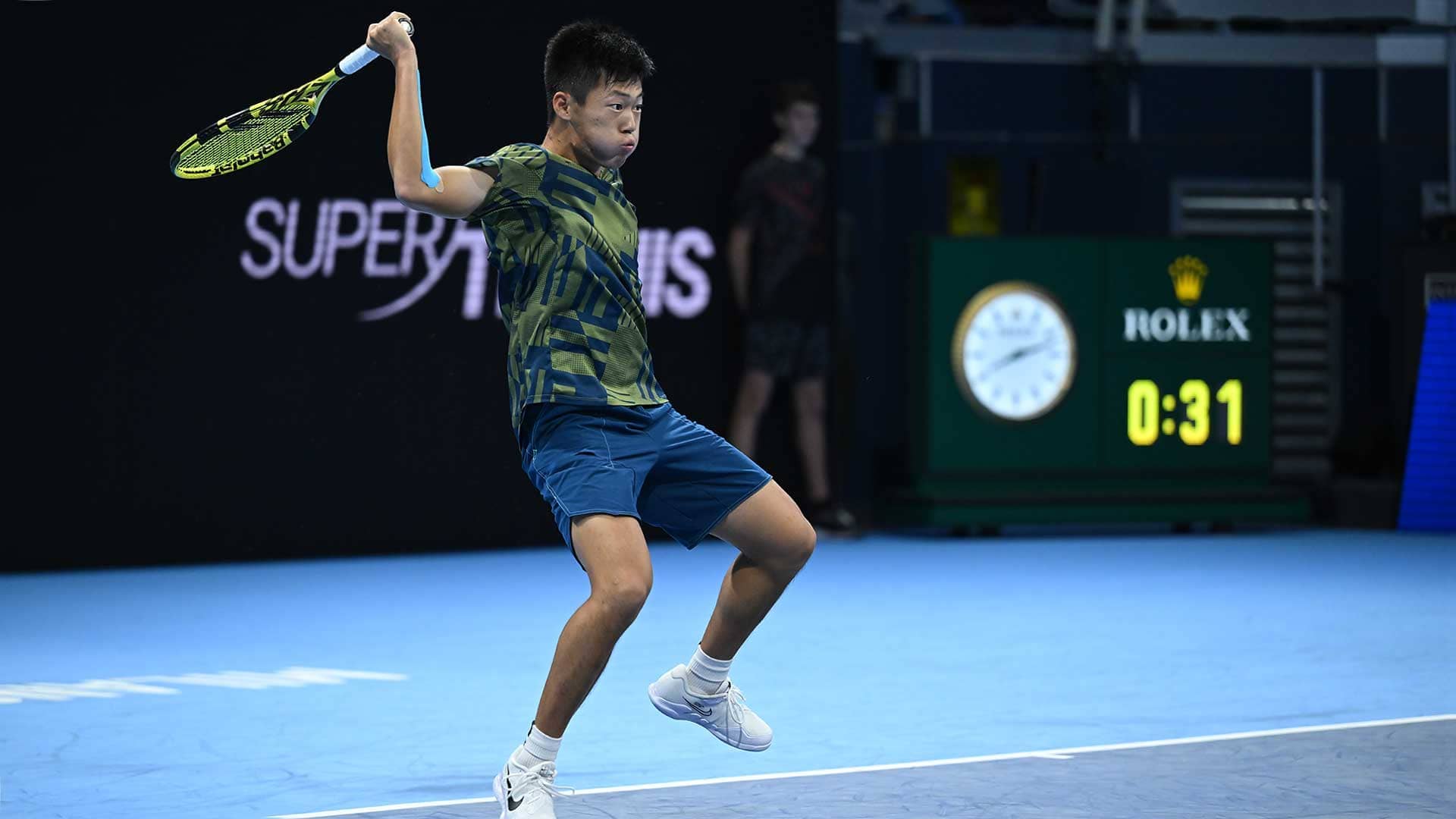 If a string of top-quality wins during the European clay-court season were a sign that the Dane had the game to compete with the very best on Tour, his late-season charge on indoor hard courts proved his ability to convert those attributes into title-winning performances against the very best in the world.

Rune lifted his maiden ATP Tour title at the BMW Open by American Express in Munich in May, just two days after turning 19, before upsetting Stefanos Tsitsipas en route to his maiden Grand Slam quarter-final at Roland Garros. The Dane then responded to a moderate run of mid-year results like a seasoned pro, claiming two further titles while winning 19 of his final 21 matches of the year.

That sublime run included championship match appearances in Sofia and Basel, and Rune defeated World No. 5 Tsitsipas in straight sets to win the Stockholm Open. He capped off his year with the biggest title of his career, battling past Novak Djokovic in a thrilling Rolex Paris Masters final to break into the Top 10 of the Pepperstone ATP Rankings for the first time.

“I’m feeling lovely to be honest, it’s the best feeling,” said Rune after his run to his maiden ATP Masters 1000 crown in Paris, where he defeated five Top 10 opponents in a row. “If you told me four weeks ago, I would be Top 10… I would be like ‘What, sorry?’ Now I’m here and I’m super proud.”

Having claimed four ATP Challenger Tour titles in the first three months of the season, it didn’t take long for Draper to prove that his powerful lefty game was ready to do damage on the ATP Tour. He reached the semi-finals in Eastbourne, the quarter-finals at the National Bank Open Presented by Rogers in Montreal and the third round at the US Open before rounding out his year by reaching the semi-finals at the Intesa Sanpaolo Next Gen ATP Finals.

“I think the most satisfying run was [at] the US Open,” Draper told ATPTour.com in November. “I feel I beat two players in [Emil] Ruusuvuori and Auger-Aliassime who are top players and people I have been watching the past couple of years… The Tsitsipas win as well in Montreal. Playing those top players and getting wins and feeling comfortable is crucial.”

Draper’s exploits helped the 20-year-old jump from No. 265 in the Pepperstone ATP Rankings at the start of 2022 to No. 42 by the year’s end, a perfect springboard for the Briton as he looks to hit new highs in the 2023 season.

Jiri Lehecka, 21 (Czech Republic)
It didn’t take Lehecka long to break new ground in 2022. The Czech qualified for his first Grand Slam main draw in January at the Australian Open, where he pushed Grigor Dimitrov to four sets in the first round.

Three weeks later, Lehecka arrived at the ABN AMRO Open in Rotterdam as the World No. 137 seeking to reach his maiden ATP Tour main draw. This time, however, he did more than just qualify. Then 20, he upset Denis Shapovalov, Botic van de Zandschulp and Lorenzo Musetti for his first ATP Tour wins before pushing Tsitsipas to three sets in the semi-finals at the indoor ATP 500 event.

A quarter-final run in Kitzbühel and an ATP Challenger Tour title at home in Liberec helped propel Lehecka to his career-high Pepperstone ATP Ranking of No. 59 in August and he ended his 2022 season on another high by reaching the final at the Intesa Sanpaolo Next Gen ATP Finals.

"Now I will focus for sure to keep in the Top 100 and to stay there," said Lehecka after his championship match run in Milan. "To move on and forward to make that transition from the ATP Challenger Tour level to ATP Tour level, and to [reach the] Top 50 even faster."