Title-winning Aussies Jacob Grills and Astra Sharma were among five Aussies appearing in professional-level finals around the world at the weekend. 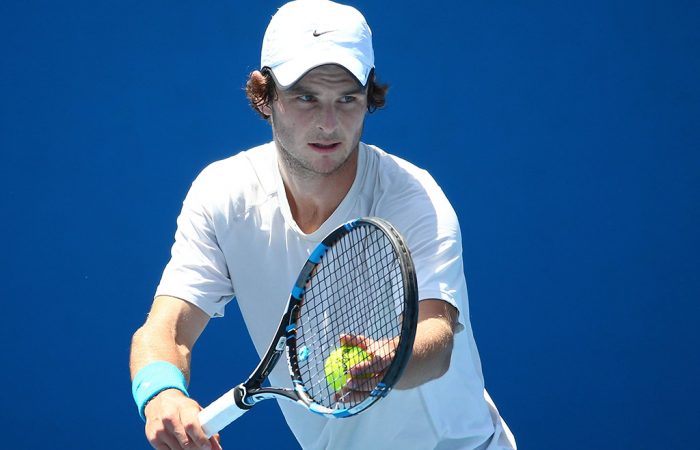 The 22-year-old continued his good form in his tour of Asia, with the Nonthaburi triumph coming in his third Futures final in the past two months.

Grills beat fellow Aussie Blake Ellis in the semifinals before recording a 7-6(4) 7-5 win over sixth seed N. Vijay Sundar Prashanth in the final.

Since the start of June, Grills has won 21 of 27 matches and in that time has improved his ranking from outside the top 1,000 to its current mark of No.715.

Another Aussie victor was Astra Sharma, who fought her way to the title at the $15,000 claycourt event in Graz, Austria.

The West Australian – who is coming through the US college tennis system playing for Vanderbilt University in Nashville, Tennessee – recovered to beat Czech Vendula Zovincova 2-6 6-3 6-2.

It is the second ITF title for Sharma in the space of a month, after she triumphed at the $15,000 event in Targu Jiu, Romania.

She has won 16 of her last 18 matches at ITF level, and is projected to rise to a career-high ranking of No.661.

In addition to Grills, three Aussies reached finals at the weekend, led by Nick Kyrgios, who charged to the title match at the ATP Cincinnati Masters before falling to Grigor Dimitrov.

Jordan Thompson, seeded second, reached the final of the Vancouver Challenger before going down to Cedrik-Marcel Stebe while New South Wales’s Aleksandar Vukic advanced to the decider at the Polish Futures event in Bydgoszcz.