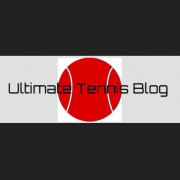 Djokovic won Eastbourne today for his 2nd title of the year by defeating Monfils 6-3, 6-4. Regrettably, I couldn't watch the match but I followed live scores and watched the highlights.

I said in my last post that if he kept improving he should win the final and I think that is exactly what he did. Monfils is a talented player and to break him three times on grass in two sets is a good effort.

Judging from the highlights and the match stats Djokovic's returns and backhand is still in good shape while he made 72% of his first serves. Another thing that occured to me this week was his net game and he was 9/12 at the net vs Monfils.

Like Djokovic's game in general, his volleys are underrated. His backhand, movement, and returns are not underrated. Everyone knows those are world class. But I think his net game, serve, forehand, and touch is underrated.

You are not going to be an all-time great on grass like Djokovic without having some net skills. He has many strengths but his volleys are an important part of his game on grass especially. He has some pretty average overheads and he can look stupid at the net but when he plays well he can also play surprisingly well at the net.

He is not a natural volleyer but like I said his volleys are underrated and a very handy additional skill on grass. This is only Djokovic's 4th grass court title because he usually only plays one grass court event per year but with his three Wimbledon titles he is in some very elite grass court company with Becker and Mcenroe.

He also defeated the grass court GOAT Federer twice in the Wimbledon final and another very competent grass courter Nadal once. So I don't think there is any doubt that he is an all-time great on grass. And he is still far from finished and will almost definitely add to his grass court titles.

Having won Eastbourne, Djokovic is now ideally prepared for Wimbledon. That said, I don't want to get carried away. Djokovic won Doha and had a great run in Rome as well only to fail at the Australian Open and French Open.

As a fan, I am just taking it one match at a time and his next match is against Klizan at Wimbledon. Already a tricky opponent. But it is certainly nice to see Djokovic play some of his best tennis again and winning a title. It's just a 250 but a title is a title and they all count.

The fact that it is a grass court title has some extra significance to it and Djokovic also gains a handy 250 ranking points for his trouble. After all this talk of slumping Djokovic is still #4 in the world and now he gained another 250 points over all his main rivals.

I can go on but I should probably leave something for a blog post! ... See more