Both happy to be competing at Grand Slam level again after injury lay-offs. 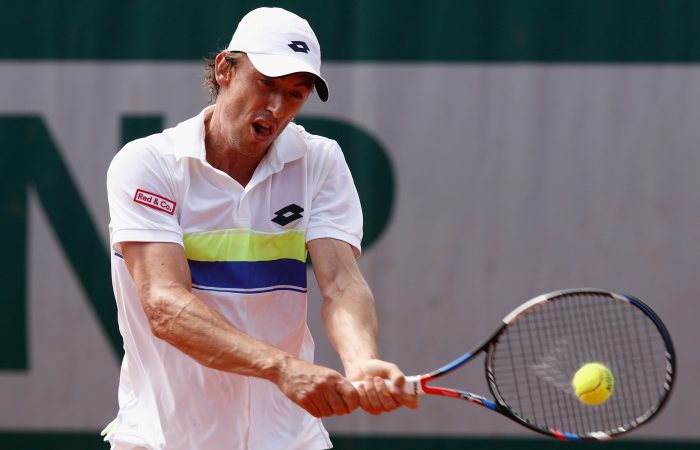 Luckless Australian tennis star John Millman has revealed how he hit rock bottom before making a surprise comeback at the French Open in Paris.

Millman was drawing only positives from his 6-2 6-2 0-6 6-1 first-round loss to Spanish 17th-seed Roberto Bautista-Agut on Monday.

The 27-year-old Millman said being back on the Grand Slam stage was a dream come true after wondering whether a serious groin tear might end his career.

“If you’d seen me a couple of months ago, it was dire straits,” Millman said.

“It was my conjoint tendon in my groin. The only way to repair it was to go under the knife.

“For a while there, I went down the non-surgical path and there’s a lot going on in your hips and groins and it’s hard to get the right diagnosis and we probably went down the wrong path there for a while.

“But I’m very lucky to be steered in the right direction.”

Millman’s French Open outing was his his first top-level match of the year after surgery in February.

“That was my third surgery,” he said.

“I said after the shoulder ones that I didn’t want any more, but I love playing tennis and I love competing and I just love getting out here and getting amongst it.

“So that was definitely the motivating factor when doing all the rehab.”

Late-blooming Millman, who reached a career-high 60th in the world this time last year, needed an injury-protected ranking to gain entry to Roland Garros.

“It’s pretty unfortunate after last year. I thought I was putting together a pretty good year,” he said.

“But I’m probably still ahead of schedule. We pushed pretty hard for the French Open. The target was probably a bit more the grass.

“I fought as hard as I could.

“I would have liked to have kept it going a little bit longer, especially in that fourth, but I’ll move on and get better; I just need matches now.

“I see no reason why in a month’s time, after playing some matches on the grass court, I can’t do well at Wimbledon.”

Ajla Tomljanovic, who also used an injury-protected ranking to enter the tournament, had missed the past four Grand Slam events after shoulder surgery.