Kyrgios ready for round two test 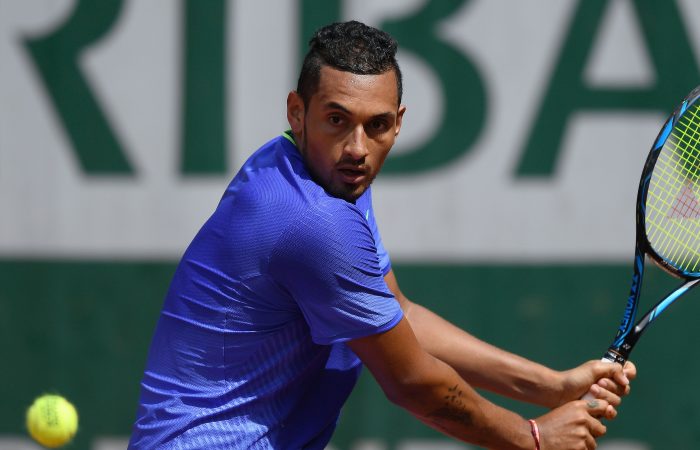 After arriving in Paris under an injury cloud with a hip complaint, the 22-year-old impressively scored a comfortable first round win over dangerous German Philipp Kohlschreiber then teamed with Davis Cup team-mate Jordan Thompson to stun the No.2 seeds in men’s doubles action last night.

Tonight he faces world No.56 Kevin Anderson, a 31-year-old South African and former top 10 player on the comeback from an injury-interrupted 2016 season.

Kyrgios’ section of the draw has opened up following the shock defeat of No.12 seed Jo-Wilfried Tsonga in the opening round – yet the Australian is looking no further ahead than tonight’s clash with Anderson, who won their only previous meeting last season.

“Obviously you know what you’re going to get with Anderson. He has a big serve, he’s quite big from the back,” Kyrgios said.

“He’s had great results his whole career. I know it’s going to be tough.”

The match will be televised live on Fox Sports Australia, with the telecast beginning from 7pm AEST. Kyrgios features in the second match scheduled on Court 3.

Sam Stosur, who last night reached the third round in singles, returns to the court in women’s doubles action, while Casey Dellacqua, Matt Reid and Jessica Moore all feature in mixed doubles fixtures.