Nick Kyrgios got his French Open campaign off to the perfect start with a straight sets win over Philipp Kohlschreiber. 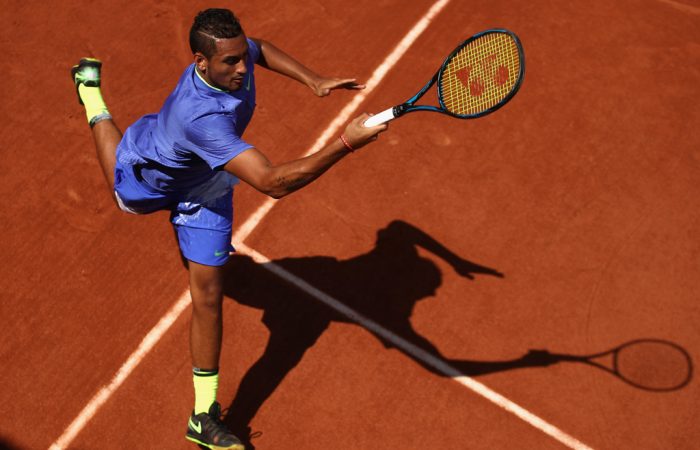 Kyrgios next plays either big-serving South African Kevin Anderson or Tunisian Malek Jaziri on Thursday for a place in the last 32 in Paris for the third straight year.

The 22-year-old had arrived at Roland Garros with questions about his fitness, nursing a chronic hip injury as well as a shoulder niggle on his serving arm.

Kyrgios insists he merely needs rest and displayed no signs of any discomfort in seeing off Kohlschreiber – an experienced campaigner and regular second-week challenger at the majors – in one hour and 51 minutes.

He gained the only break of the opening set in the sixth game, closed out the second set in a tiebreaker with his 14th ace and was generally in cruise control throughout the match.

Holding all 15 of his service games, Kyrgios’s second break of the match, in the fifth game of the third set, was enough to finish Kohlschreiber off.