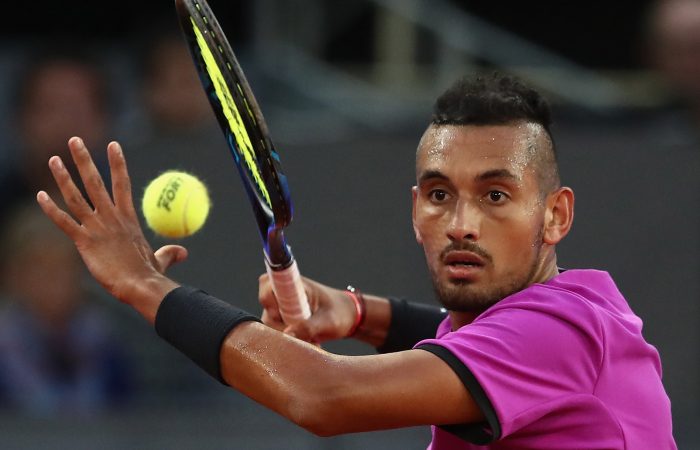 Nick Kyrgios is one of four Australians who begin their 2017 French Open singles campaigns tonight.

It is Kyrgios’ first meeting against the No.43-ranked Kohlschreiber.

After withdrawing from Rome a fortnight ago with a hip injury, Kyrgios told AAP at the weekend he was recovering well.

“I’m doing everything I can to get ready for my first round,” he said.

Barty, who is sitting at a career-high ranking of No.76, enters the match high on confidence after reaching the Strasbourg quarterfinals last week and teaming with Casey Dellacqua to win the doubles title.

Keys, an Australian Open semifinalist in 2015, is on a four-match losing streak dating back to March.

Thanasi Kokkinakis makes his long-awaited Grand Slam return on Court 1, where he faces a big challenge against No.8-seed Kei Nishikori.

The 21-year-old South Australian last competed at Grand Slam-level at the 2015 US Open, with injuries since delaying his promising career and ruling him out of the past five majors.

The draw hasn’t been kind either to Australian Davis Cup hero Jordan Thompson, who meets No.21 seed John Isner on Court 3.

Yet No.92-ranked Thompson can draw confidence from a return to Roland Garros, where he won his first Grand Slam match last season, and facing his first American opponent since sensationally upsetting Isner’s Davis Cup team-mate Jack Sock in the quarterfinals in Brisbane in April.

All four Aussies are aiming to join Sam Stosur in the second round.

> Stosur powers into round two