Thanasi Kokkinakis has reached his first ATP-level quarterfinal with a nail-biting victory over Canadian Peter Polansky on Wednesday in Los Cabos. 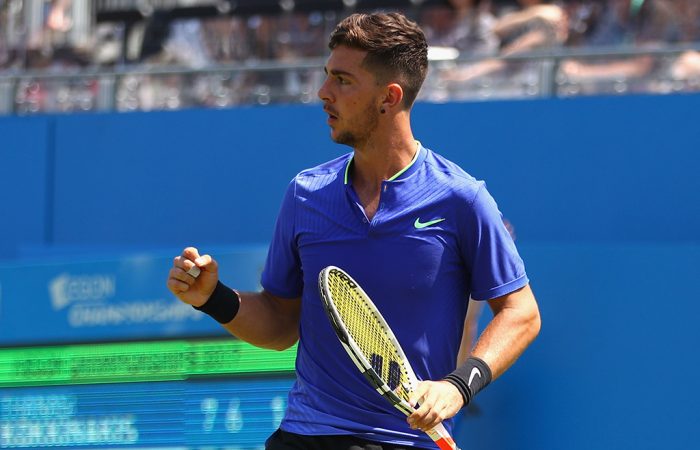 Australian comeback star Thanasi Kokkinakis has won a third-set tiebreak against Peter Polansky to reach the quarterfinals of the Los Cabos Open in Mexico.

Kokkinakis won the second-round clash 4-6 6-3 7-6(4) and will face the winner of world No.23 Albert Ramos Vinolas’s clash with Taylor Fritz.

Kokkinakis, 21, who is two months into a full-time ATP tour comeback after almost two years of crippling injuries, claimed victory over his Canadian opponent in just over two hours.

Later on Wednesday night, No.4 seed Feliciano Lopez ended Matt Ebden’s run with a 6-4 6-4 victory in the second round.