Ash Barty has stormed into the Aegon Classic quarterfinals with a telling victory over No.8 seed Barbora Strycova on Wednesday in Birmingham. 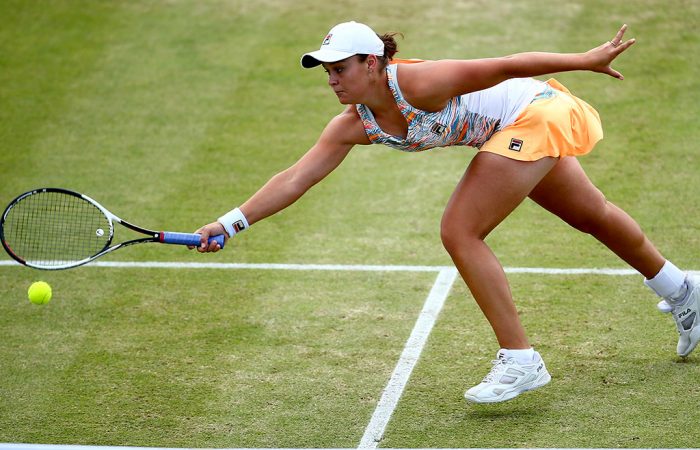 Ash Barty on Wednesday moved through to the quarterfinals of the Aegon Classic in Birmingham after a hard-fought win over Barbora Strycova.

The Australian beat the eighth seed 6-3 3-6 6-1, and will next take her place across the net from either second seed Elina Svitolina or Italy’s Camila Giorgi.

Barty began brilliantly against the Czech, racing to a 4-0 lead in 15 minutes.

Strycova settled and made the rest of the opening set a battle, but Barty clinched it and moved ahead 2-0 in the second, looking destined for a quick victory.

Yet Strycova responded strongly, reeling off six of the next seven games to wrest control of the match, sending it to a third set.

At this juncture, Barty was rock solid.

The Queenslander broke serve in the fourth game for a 3-1 lead and didn’t drop another game as she reached her second WTA quarterfinal in as many weeks after advancing to the last eight in Nottingham.

Earlier on Wednesday, Barty’s compatriot Daria Gavrilova saw off another Czech, Katerina Siniakova, to take her place in the quarterfinals.