Aussies juniors ready to compete in the Czech Republic 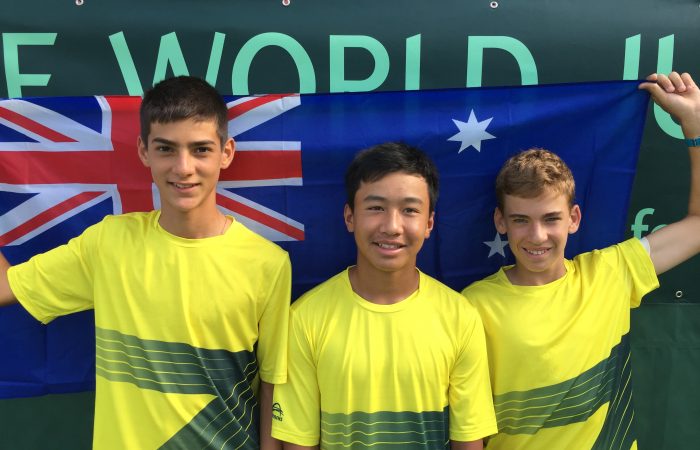 Australia qualified in both the junior girls’ and boys’ divisions after placing first and third respectively in their Asia / Oceania qualifying events held earlier this year in Bangkok, Thailand.

Top Canberra junior Poulos is looking forward to pulling on the green and gold for Australia.

“After doing so well together at the qualifying event in Thailand I cannot wait to play in the Czech Republic,” Poulos said.

Fisher believes the team is ready and raring to compete at the world finals.

“The girls did extremely well in Thailand, winning the Asia / Oceania World Junior Tennis qualifying event. This has provided them with a strong sense of confidence and belonging coming into the Finals,” Fisher said.

“The girls have been training hard in preparation for this tournament and have been playing junior events across Europe, building their competition experience on clay.

“World Junior Tennis is a fantastic opportunity for the team. Representing your country is an athlete’s ultimate goal, hopefully one day we’ll see them on the Australian Fed Cup team.”

Richardson said the team is looking healthy and strong ahead of next week.

“We have an extremely even team and the boys all get on so well. Team spirit and togetherness is a real strength of the squad this year,” Richardson said.

“I think we’ve got a very good chance, all four players are strong on clay and there is a lot of diversity within the team.”

Both teams departed for Europe last month to train, compete and prepare for the tournament.