Aussies in action: Gavrilova fine-tunes for US Open

World No.26 Daria Gavrilova will look to get some final matches under her belt in New Haven a week out from the US Open, while Alex Bolt qualified for the ATP event in Winston-Salem. 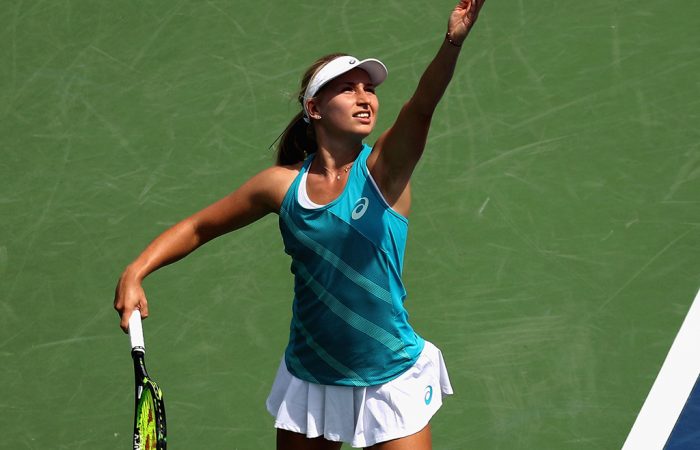 Daria Gavrilova will look to get in some valuable match practice as she gears up for the US Open, beginning next Monday in New York.

Gavrilova is in the draw at the WTA Connecticut Open in New Haven, as the world No.26 missing out on a seed by one place (25th-ranked Peng Shuai is the No.8 seed).

The Australian opens her campaign against qualifier Kristyna Pliskova, with the winner to face either fourth seed Kristina Mladenovic or Timea Babos.

Gavrilova beat Mladenovic last week in the opening round in Cincinnati.

Further south at the Winston-Salem Open, South Australian Alex Bolt won two matches to qualify for the main draw and next lines up against Argentina’s Carlos Berlocq.

The winner will advance to a meeting with 11th seed Viktor Troicki, who was awarded a first-round bye.