ANZ serves up support for Queensland with tennis challenge 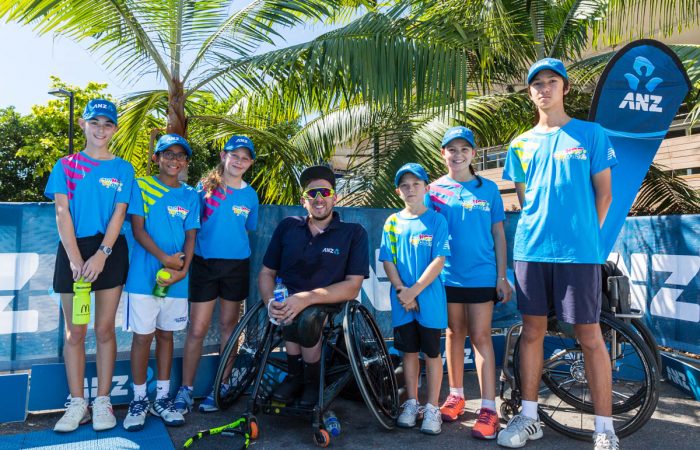 Cairns had a taste of tennis action this week when three-time Paralympic gold medallist Dylan Alcott OAM challenged local Cairns identities in a series of exhibition games, to raise $10,000 for the Far North Queensland Hospital Foundation.

ANZ installed a ‘pop-up’ tennis court to the Pier Bar Carpark along the Cairns Esplanade on Wednesday.

Participants went head-to-head with Alcott for four points each, with $100 for every point Alcott won going to the Foundation. The day was hosted by ABC Far North Breakfast presenter Kier Shorey.

ANZ Regional Executive for Far North Queensland Jeff Schrale said the event provided the Cairns community were thrilled to host Dylan Alcott for the day and raise some much needed funds.

“We have a great community here in the Far North and we’re proud to support the Far North Queensland Hospital Foundation, a foundation that works tirelessly to improve hospital and healthcare services across the region,” Mr Schrale said.

“We couldn’t be happier, or prouder, of the response from the region’s business and community leaders who supported the day.”

Chairman from Far North Queensland Hospital Foundation, Ken Chapman, called on the local community to get behind the day.

“It’s not often we have a world-class athlete willing to put it all on the line to raise money for the Foundation and we couldn’t be more grateful,” Mr Chapman said.