Alex De Minaur has notched another milestone in his breakthrough season, awarded a wildcard into the main draw of the US Open. 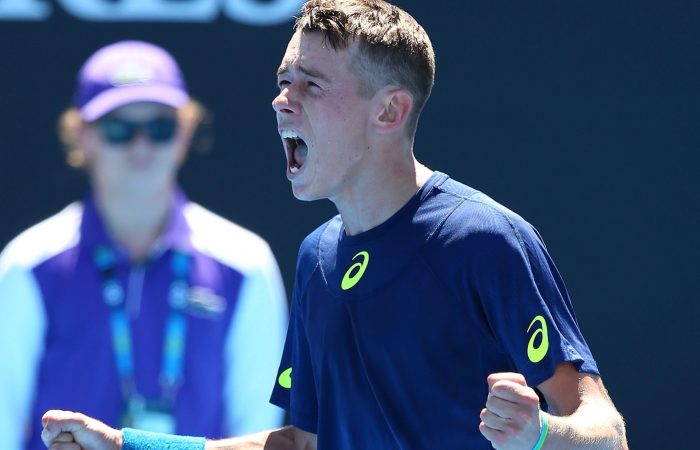 Eighteen-year-old Alex De Minaur has been awarded a wildcard into the US Open.

The rising Aussie star has had a breakthrough season which has seen his ranking soar from world No.351 in January to a career-high of 186th this week.

The Wimbledon 2016 boys’ singles finalist impressed during the Australian summer, qualifying for the Brisbane International, winning his first ATP main-draw match at the Sydney International then scoring his maiden Grand Slam main-draw win after saving a match point in the opening round of the Australian Open.

“Alex has had a terrific year and he continues to go from strength to strength,” Australia’s Davis Cup captain Lleyton Hewitt said today.

“He won in the first round at the Australian Open this year so he’s already proven he can compete at this level and he deserves this opportunity in New York.

“Alex is in great form, he reached the final of a Challenger in Spain last week and is at a career high in terms of ranking. I wish him all the best.”